Are You Evolving As A Christian? Is It For Good or For Bad? 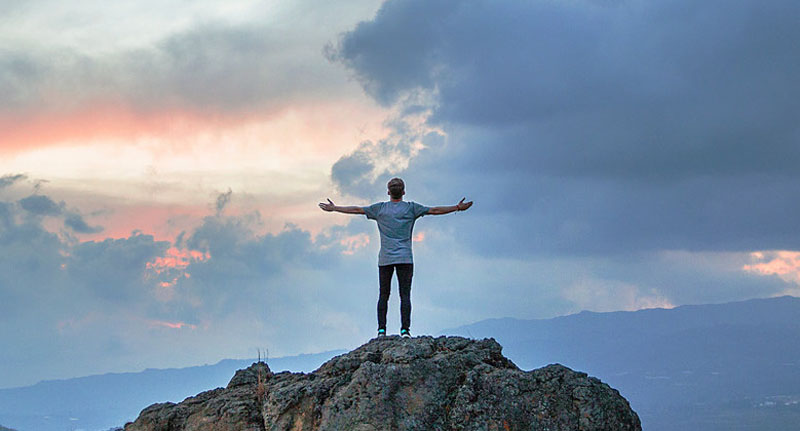 I was having an interesting discussion with a Christian brother and very good friend a few days ago. He mentioned an individual at his work who claimed to be a Christian due to the fact that he believed in God, went to church on a regular basis and didn’t cuss. However, my friend observed some “not so Christian-friendly” traits in this guy including the fact that he was very lazy, had a very short fuse when it came to managing his anger and was very pessimistic.

Now one could argue that possibly this guy was a new Christian or that maybe my friend had not know him long enough to observe if these anti-Christian behaviors were changing – in other words if the guy was evolving and growing into a more godly person.

This was not the case however as my friend had known and worked with this guy for some time and was also aware that he was not new to his faith. In fact, the guy seems to be getting worse in his anti-Christian behaviors the longer my friend knows him.

This is not what the Christian life should consist of. Rather a Christian should be constantly evolving, growing and changing so that the longer they walk with Christ, the more like Him they become. Unfortunately many who call themselves Christians do not grow. They are either stagnate in their growth or after having grown for a time, they begin to default back to the worldly behavior patterns they were once delivered from.

Such is the case with Saul whose life is referenced in the book of I Samuel.

At a time when Israel demanded that they have a king so they could be like the other nations around them, Saul was the first in Israel’s history to hold that position. He was described in I Samuel 9:2 as a “choice and handsome man, not a more handsome person than he among all the sons of Israel.” In fact, “from his shoulders and up, he was taller than any other person in Israel.” He seemed to be the perfect fit as king over the people of Israel.

When Samuel anointed Saul to take this position, I Samuel 10:9 says that “God changed his heart.” The Spirit of God even came upon him and he prophesied with the prophets.

You would think from there Saul would grow as he walked with the Lord and become even more godly over time. Sadly that was not the case in Saul’s life. I’m not exactly sure how long of a period it was where Saul was walking with the Lord and growing in His grace but eventually Saul would begin a downward spiral.

The first evidence of this occurred at a time when Saul and the armies of Israel were at war with the Philistines. A large number of Philistines had gathered against a much smaller number of Israelites which caused the Israelites to be afraid. So rather than wait for Samuel to arrive at their location so he could offer burnt offerings and peace offerings in order to seek the favor of the Lord, Saul assumed this role which was reserved for priests.

13. Samuel said to Saul, “You have acted foolishly; you have not kept the commandment of the LORD your God, which He commanded you, for now the LORD would have established your kingdom over Israel forever.

14.”But now your kingdom shall not endure. The LORD has sought out for Himself a man after His own heart, and the LORD has appointed him as ruler over His people, because you have not kept what the LORD commanded you.”

Ouch! That’s a pretty harsh judgment which almost leads me to believe this was not the first time Saul followed his own heart rather than God’s. It’s just the first time we see such an action recorded in Scripture.

A second occurrence of Saul moving backwards in his walk with God occurs in the fourteenth chapter of I Samuel where Saul put the people that were with him in battle under oath saying “Cursed be the man who eats food before evening, and until I have avenged my enemies.” Sauls’s son Jonathan had not heard the oath and had tasted honey which had the effect of renewing his strength whereas those who had not tasted food were weary.

To make a long story short, Saul discovered Jonathan’s disobedience and would have killed him had it not been for the people reminding Saul that Jonathan had won a great victory in battle for them that very same day (I Samuel 14:24-46).

Let’s look at two more occurrences of the behaviors that led to Saul’s downfall (there were at least seven of them). Both of these occur in the scenario where God had commanded Saul to utterly destroy the Amalekites, and not to leave anything alive – no man, woman, child, infant, animal, nothing. Seems like a simple command but Saul did not full obey it. In fact after attacking the Amalekites, he spared the best of the sheep, the oxen, the fatlings, the lambs, and all that was good and even kept their king, Agag alive.

So here comes Samuel to see if Saul has carried out the will of God and Saul says in I Samuel 15:13, “Blessed are you of the LORD ! I have carried out the command of the LORD,” to which Samuel replies in the next verse, “What then is this bleating of the sheep in my ears, and the lowing of the oxen which I hear ?”

As Saul attempted to justify his actions, Samuel said these haunting words to him (I Samuel 15:17-19):

17. Samuel said, “Is it not true, though you were little in your own eyes, you were made the head of the tribes of Israel ? And the LORD anointed you king over Israel,

18. and the LORD sent you on a mission, and said, ‘Go and utterly destroy the sinners, the Amalekites, and fight against them until they are exterminated.’

19. “Why then did you not obey the voice of the LORD, but rushed upon the spoil and did what was evil in the sight of the LORD ?”

You think Saul would have understood but he did not and continued to justify his actions. The next statement Samuel said to Saul was even more haunting then the first (I Samuel 15:22-23):

22. Samuel said, “Has the LORD as much delight in burnt offerings and sacrifices As in obeying the voice of the LORD ? Behold, to obey is better than sacrifice, And to heed than the fat of rams.


23. “For rebellion is as the sin of divination, And insubordination is as iniquity and idolatry. Because you have rejected the word of the LORD, He has also rejected you from being king.”

Even this did not fully register and Saul committed his second of two sins in this situation where he pleading with Samuel to return with him and the people and Samuel refusing, Saul seized his robe and tore it.

It continued to go downhill for Saul from there. He commits multiple sins against David who was to be his successor, against his son, and even against Samuel after he is dead when he brings him back from the dead through a medium.

He ends up dying in battle along with his son Jonathan and having his head cut off from him so it could be displayed in victory among the Philistines. It is a tragic end to what was supposed to be a glorious walk with God Himself.

Saul’s life should be a clear indicator to us that we as Christians need to be constantly evolving and growing in the Lord. God wants us to be a people after his own heart. King David who reigned after Saul was such a man. He was by no means perfect but he was a man who sought the Lord.

Let’s look briefly at some of David’s flaws.

Prior to him becoming king, he regularly raided and pillaged enemy villages, killing and taking spoil at will – an Old testament pirate if you will. Then as king he committed the most treacherous of sins, adultery and then murder to try to cover it up.

However, in all David’s faults, he remained humble and true to God. He was able to learn and grow from his mistakes. That is the kind of people God is looking for us to be, a people that can get up after falling down, brush off the dust and keep growing and evolving.

So, it is not about what you try to represent yourself to be on the outside – don’t drink, don’t smoke, don’t cuss, go to church regularly, etc. It is about who you are on the inside and whether you are a person who is seeking after God’s heart or in other words, seeking each and every day to be more like Him.