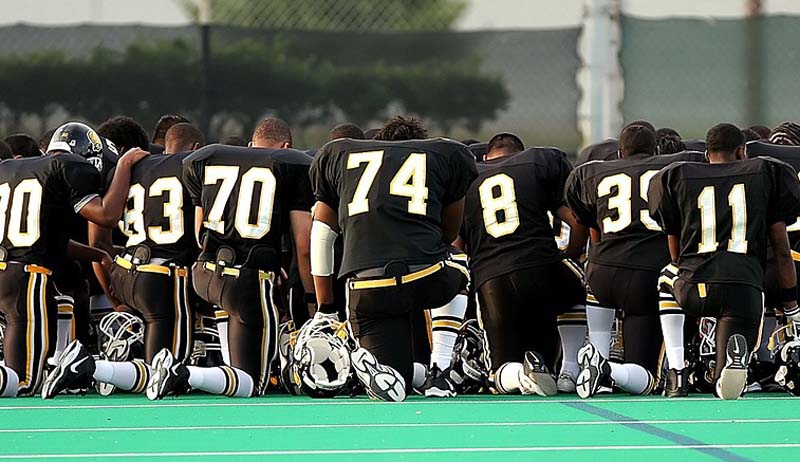 The Christian Post reports that a football coach of over 20 years and one time recipient of the USA Today’s “Caring Coach of the Year” award, has come under attack recently for his practice of holding prayer sessions with his students before games.

The U.S. 3rd Circuit Court of Appeals in Philadelphia ruled unanimously Tuesday against coach Marcus Borden on the grounds that it was unconstitutional for him to pray and “bow his head and take a knee” alongside his students, in what, the court argued, would be an endorsement of religion by a school staff member.

Jo Ann Magistro, the school superintendent who pursued the case, was among those who were reportedly “pleased” with the ruling.

“The district pursued this case to protect children who could not protest pressure to participate in religious activities at school events,” she said, according to The Home News Tribune.

She went on to say, “Today’s ruling accomplished that goal. Every student is a valued member of our community and their religious beliefs, or lack there of, can never be used to separate them from their peers and teammates.”

Conservative groups, however, described the ruling as a violation of constitutional rights.

“No school is justified in policing its employees’ thoughts and penalizing them based on what they think is going on in their heads. What next? Will they bar coaches from silently moving their lips if others think it is a prayer?” the Family Research Council (FRC), a conservative organization that lobbies for the defense of Christians, said in an e-mail statement.