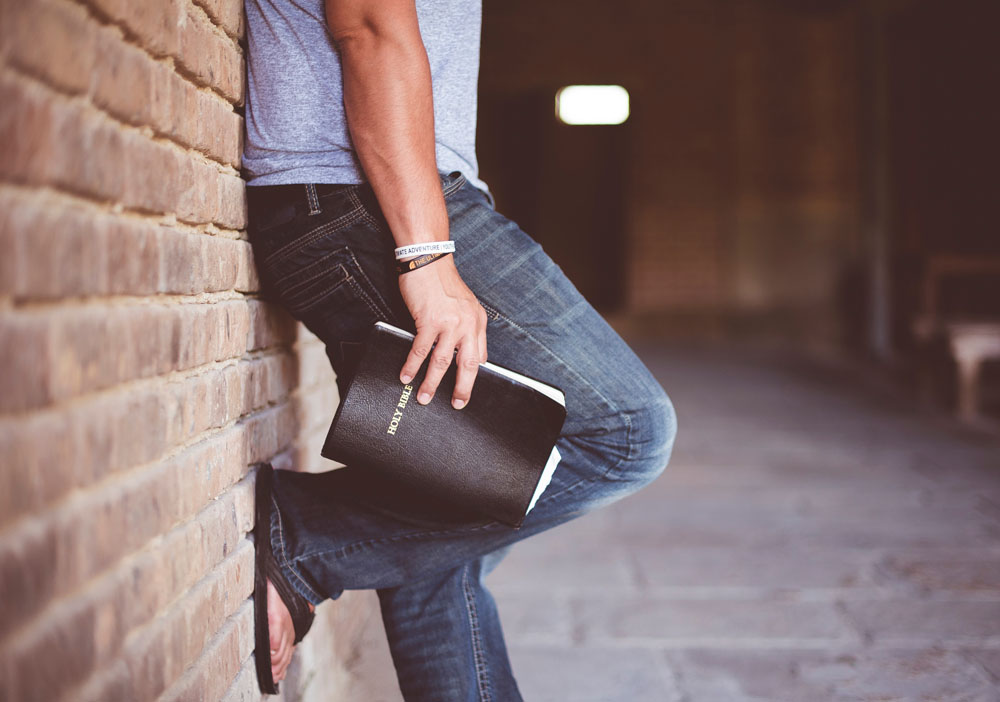 Matthew 28:18-20, also referred to as “The Great Commission,” is typically used in reference to “making disciples” or “reaching the lost.” While these are good uses for this portion of scripture, it can also relate to the fact that every Christian has a God-given purpose for their life and that every Christian is called to contribute or participate in the building of the body of Christ.

And Jesus came up and spoke to them, saying, “All authority has been given to Me in heaven and on earth. Go therefore and make disciples of all the nations, baptizing them in the name of the Father and the Son and the Holy Spirit, teaching them to observe all that I commanded you; and lo, I am with you always, even to the end of the age.”

God has a plan and a special place for each one of us in His family so that we may work together to build the kingdom of God. No one is excluded. No one is an outsider merely observing. All are to be involved in some way. When a Christian will grasp this concept, his or her life is given meaning and great significance.

The Concept of War

II Corinthians 4:4, refers to Satan as the “god of this world.” In other words, Satan is in charge of the earth.

Adam originally gave him that right when he committed the original sin. God is still in charge of everything so how Satan operates is limited. What we do need to understand is at this present time the world is under a curse and as the Bible points out, is under “the sway of the evil one.”

Now when a person confesses Jesus Christ as Lord and Savior and becomes a “born-again Christian,” they are no longer a citizen of this world but rather their citizenship lies in Heaven. The fact that God doesn’t take us Christians to Heaven immediately, but instead leaves us here seems to signify that He has literally placed us behind enemy lines! We are right smack dab in the middle of the devil’s camp!

We are therefore constantly at war with Satan, who has taken many prisoners captive. It is our job to help free them which we do by means of the gospel of Jesus Christ. Therefore one of our main purposes for remaining here on the earth is to fight as a soldier of Jesus Christ, establishing the kingdom of God in the hearts of men and women.

The Example of Moses and the Children of Israel

Most know the story of Moses whom God chose to work miracles in the sight of Pharaoh before delivering the children of Israel from under the bondage of the Egyptians.

At one point in their journey to the Promised Land, Moses was on the mountain with God for forty days during which time the Israelites had nothing to do. Well, they quickly found something to do – crafting a golden calf and worshiping it as their God (idolatry). This of course was sin and brought about God’s wrath on them to such a point that God would have wiped them out hadn’t it been to Moses intervention.

However, when they began the task of building the Tabernacle of God soon after this – and all were involved – they were excited and gave themselves fully to God.

In the same manner, if Christians do not find something to do for God, they will find something else to do that may not be beneficial to them. Someone once said, “if your to busy serving God, then your to busy to sin.” It is the duty of every Christian to find their place of involvement in the church. In so doing they become a participant of what God Himself is doing.

While prayer involves communicating with God, it is also a process of overthrowing the rule of Satan. This is a area where everyone can get involved. You do not have to have any special gifts to pray. All you have to be able to do is open your mouth. Furthermore, you are not only praying for yourself, but for others, for the saving of souls, and for the establishing of God’s kingdom.

Here are some quotes from great men of prayer:

“God will do nothing but in answer to prayer.” – John Wesley

“Through the plan of prayer God actually is inviting redeemed man into full partnership with Him, not in making the divine decisions, but in implementing those decisions in the affairs of humankind. Independently and of His own will God makes the decisions governing the affairs of the earth. The responsibility and the authority for the enforcement and administration of those decisions He has place upon the shoulders of the church.” – Paul E. Billheimer

“The more praying there is in the world, the better the world will be, the mightier the forces against evil.” – E.M. Bounds

Praying therefore is foremost and the most important thing we can do in the building and establishing of the Church. If you do nothing else but pray, you have contributed a great deal. All we have to do is find time to pray and learn the art of praying .

Another great quote related to prayer:

“Someone has described a modern American as a person who drives a bank financed car over a bond financed highway on credit card gas to open a charge account at a department store so he can fill his savings and loan financed home with installment purchased furniture. May this not also be the description of many modern professed Christians? And may this not be one reason why modern Christians have so little time to pray?”

The second thing we can do is to get involved somewhere in the church. Some folks already know what they are good at and can easily get involved in this or that ministry. However, others might need to go through some kind of networking class that will help them to discover their God-given talents and abilities.

The main idea, no matter what you get involved in, is to see souls saved. Fortunately, there are many ways one can get involved in this process. It takes many people doing many things to see people saved and locked into the body of Christ. It is similar to the fact that it takes many parts of our bodies to perform daily tasks like working, playing, eating, etc.

But now God has placed the members, each one of them, in the body, just as He desired. If they were all one member, where would the body be? But now there are many members, but one body. And the eye cannot say to the hand, “I have no need of you”; or again the head to the feet, “I have no need of you.” On the contrary, it is much truer that the members of the body which seem to be weaker are necessary; and those members of the body which we deem less honorable, on these we bestow more abundant honor, and our less presentable members become much more presentable, whereas our more presentable members have no need of it. But God has so composed the body, giving more abundant honor to that member which lacked, so that there may be no division in the body, but that the members may have the same care for one another. And if one member suffers, all the members suffer with it; if one member is honored, all the members rejoice with it.

Don’t Forget About Your Family

Now once an individual gets involved with building God’s kingdom, it can be a very exciting thing. It can also a very addicting thing which is good and bad.

When you labor for God, He gives you the joy of satisfaction which is like a high that nothing on this earth can even compare to. This is why it is very easy to get over-involved.

Can you overdo a good thing you might say? The answer is yes!

Now for those who are single, besides your jobs and hobbies, you can fully devote your time to serving the Lord. You can be involved in many things and stay extremely busy for God. However, if you are married, this is not the case. You cannot fully serve the Lord like a single person can.

Paul spoke of this in his first letter to the Corinthians. Does that mean you cannot do as much for God if you are married?

Not at all. As a matter of fact, now that I am married, my life is making more impact than it did when I was single but I cannot spend as much time doing it as I did then. I have to concern myself with the care of my family also.

So many people who get involved in the building of God’s kingdom get excited about the feeling that God gives them or excited about what God is doing in their lives, but they get over-involved and as a result neglect their families.

Some wrong thinking we get ourselves into is that Jesus is coming back soon so we need to labor, labor, labor, or we sacrifice for the sake of “the kingdom.”

What we need to remember is that God created the family and works through the family. If God is for the family, don’t you think he will honor your labors if you spend time working on your family? The answer is yes! I think that people who are over involved in ministry and neglect their families are beating their heads up against the wall and God won’t bless their labors.

One more thought on this: If you will spend time building your family, God will build your ministry – this is fact! The work is the Lord’s anyway and it is God’s desire that you and your family be saved.

If you have confessed Jesus Christ as Savior and Lord, that is a great thing. Don’t stop there! Get involved in God’s work and as a result you will have a God-purpose driven life that will give your life true meaning and tremendous joy.