New Study Reveals That Living Together First Can Spoil Marriage – No Really? 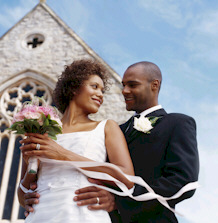 I know, the title of this post hints at sarcasm but this is something us Christians have been saying for some time. I’m glad to see that their is now some secular proof to back up the fact that co-habitation prior to marriage does not make for a healthy marriage. In fact, it sets it up for dismal failure.

The study, published in the February issue of the Journal of Family Psychology, reveals that upwards of 70 percent of U.S. couples are cohabiting these days before marrying and indicate that such move-ins might not be wise.

And it’s not because you start to get on one another’s nerves. Rather, the researchers figure the shared abode could lead to marriage for all the wrong reasons.

“We think that some couples who move in together without a clear commitment to marriage may wind up sliding into marriage partly because they are already cohabiting,” said lead researcher Galena Rhoades of the University of Denver.

During the study, Rhoades and her colleagues did telephone surveys with more than 1,000 married men and women between the ages of 18 and 34, who had been married 10 years or fewer. Survey questions included measures of relationship satisfaction, dedication to one another, level of negative communication and sexual satisfaction.

Some key findings of the study:

While couples who co-habitated prior to marriage gave multiple reasons for doing so, one stands out to me and that is to “test out the relationship before marriage” kind of akin to testing out a car.

What’s interesting about this “reason” is that those who listed “testing” as the primary move-in reason were more likely than others to score high on measures of negative communication, such as, “My partner criticizes or belittles my opinions, feelings, or desires.”

Such testers also had lower confidence in the quality and stability of their relationships.

Overall, those who want to test the commitment might want to think again, according to the February study.

“Cohabiting to test a relationship turns out to be associated with the most problems in relationships,” Rhoades said. “Perhaps if a person is feeling a need to test the relationship, he or she already knows some important information about how a relationship may go over time.”

I’d like to sum this post up by pointing out that God takes marriage very seriously. He designed the “one man, one woman for life” infrastructure of what we have come to know as a traditional marriage. When people step outside of that by co-habitating or even engaging in sexual intercourse prior to the commitment of marriage, they step outside God’s original plan and blessing of what marriage is supposed to be.

I’m certainly not saying that God cannot bless a marriage that started out on the wrong foot, but as this and other studies have proven, a couple will make the path to a successful marriage much more difficult had they done things in a proper format as even God’s Word teaches.