A United Nations human rights treaty that could prohibit children from being spanked or homeschooled, ban youngsters from facing the death penalty and forbid parents from deciding their families’ religion is on America’s doorstep. 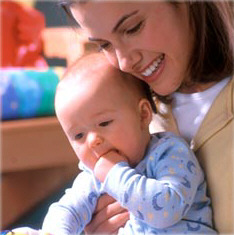 Michael Farris, president of ParentalRights.org, chairman of the Home School Legal Defense Association and chancellor of Patrick Henry College, told WorldNetDaily that under the U.N. Convention on the Rights of the Child, every decision a parent makes can be reviewed by the government to determine whether it is in the child’s best interest.

“It’s definitely on our doorstep,” he said. “The left wants to make the Obama-Clinton era permanent. Treaties are a way to make it as permanent as stuff gets. It is very difficult to extract yourself from a treaty once you begin it. If they can put all of their left-wing socialist policies into treaty form, we’re stuck with it even if they lose the next election.”

193 nations worldwide quickly ratified the 1990s-era document. The United States and Somalia were exceptions. In Somalia, there was then no recognized government to do the formal recognition and in the United States there’s been opposition to its power, specifically because countries that ratify the treaty are bound to it by international law.

The international treaty creates specific civil, economic, social, cultural and even economic rights for every child and states that “the best interests of the child shall be a primary consideration.”

While the treaty states that parents or legal guardians “have primary responsibility for the upbringing and development of the child,” Farris said government will ultimately determine whether parents’ decisions are in their children’s best interest.

According to the Parental Rights website, the substance of the CRC dictates the following:

Sound scary? Now consider that it could be easier for President Obama to push for ratification of the treaty than it was for the Clinton administration because “the political world has changed.”

Also consider that Secretary of State Hillary Clinton has been a strong supporter of the CRC, and she now has direct control over the treaty’s submission to the Senate for ratification. The process requires a two-thirds vote.

With these factors at play, it seems only a matter of time before parents see their rights to raise their children they way the see fit will not be without government input. And to think that some government authority has the right to dictate what is best for my children is a scary thought indeed.