Christian Web News is reporting that the Alameda Unified School District has adopted a new curriculum that includes instruction on homosexuality, this despite the objections of hundreds of parents who testified at the board hearings. 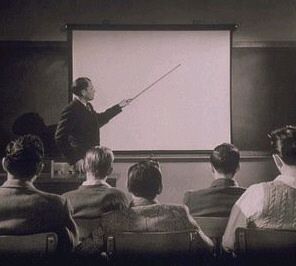 “This is another wake-up call to every parent with children in the public school system,” said Ron Prentice, chairman, ProtectMarriage.com — Yes on 8 . “Elementary school children will be instructed about homosexuality without their parents’ knowledge.”

Prentice pointed out that the curriculum does not provide parents with any sort of opt-out right for their students, and will take affect in the form of six 45- minute lessons, one per year from kindergarten through fifth grade.

“This is exactly what we warned voters about during the Proposition 8 campaign,” Prentice said. “While pro- homosexual activists deny any impact on children, local school boards and the State Legislature press for formal instruction in concert with the gay agenda.

Opponents of Prop 8 claim we won the campaign based on lies and deceit, but just imagine how much worse these curricula would be if Prop. 8 failed and gay marriage was still legal.”

Course materials are also up for debate. Among those considered to be added to the curriculum, according to media accounts, is “And Tango Makes Three” by Justin Richardson and Peter Parnell, a children’s book that is about two gay male penguins creating a family and raising a female penguin – Tango.

“The job of raising children belongs to parents and guardians,” said Prentice. “It is a parent’s responsibility to protect their children from inappropriate and biased content.

With the Alameda School District’s decision to adopt pro-homosexual instructional materials, a parent’s job has become that much more difficult.” said Prentice. “By the school board’s decree, many public school children will be trained in beliefs that contradict those of the home. It is no wonder that home schooling and private education continues to grow in California.”

Mmmm… makes me think that if I were raising my children all over again (they are now grown), I would most definitely do my best to keep them out of the public school system. That being said, I worry about what the future holds for my 16 month and 6 month old grandchildren. What a time for children of Christian parents and grandparent to be growing up in.