The Fallacy of ‘Believing’ in God 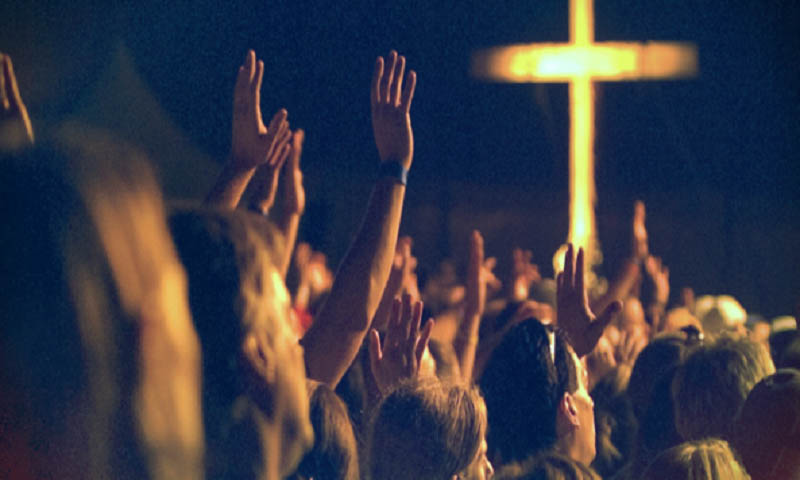 I know what you are thinking – how can there be a fallacy when one believes in God? After all, John 3:16 tells us that, “For God so loved the world, that he gave His only begotten Son, that whosoever believes in Him should not perish, but have everlasting life.”

There is that word, “believe,” but what does it really mean? Is that really all one has to do is to believe that Jesus Christ exists? Is that all God intends for us – to believe that His Son came and died for us and then to continue on our merry way, living our own lives? Even the devils believe in the Son of God and they tremble (James 2:19).

Let’s first of all take a closer look at what the word “believe” means as referenced in John 3:16. First of all one must understand that the New Testament was originally written in the Greek language. Therefore we want to look at the Greek word for “believe” which in this case is “pisteuo.” The New Testament Greek Lexicon defines that word as follows:

To think to be true, to be persuaded of, to credit, place confidence in of the thing believed.

To credit, have confidence in a moral or religious reference.

Used in the NT of the conviction and trust to which a man is impelled by a certain inner and higher prerogative and law of soul.

To trust in Jesus or God as able to aid either in obtaining or in doing something: saving faith.

So it appears that the word has a deeper meaning than to simply acknowledge the existence of something but to take it a step further and place one’s trust in that person, place or thing.

For example, I can believe that an umbrella will protect me from the rain but until I actually use it, which is the action of placing my trust in it, it will not perform its duty. It is utterly useless. The same is true of a bridge. I can believe it exists, even trust that it will get me from one side to the other. However, until I put that trust into action and actually cross the bridge, believing in it does me no good.

The point is this: so many people read that one scripture, “whosoever believes in Him should not perish,” and think that is all they have to do. They completely miss the point of believing in Jesus is that God wants to have a relationship with us.

God did not send His Son to die on the cross so we can merely believe in His existence but rather so we could have a relationship with God through His Son. Because the act of Jesus dying on the cross paid the penalty for our sin, we now have the right to come before God.

Prior to this, one had to follow traditional Jewish law with the sacrifice of animals and peace offerings. Now that sin has been paid for once and for all, everyone has the opportunity to come to God and not just believe in His existence, but have a relationship with Him.

Sadly, so many people go no further than John 3:16. How would a marriage do in these circumstances? What if after I said, “I do,” on the altar, I went off and lived my own life and never communicated with my spouse again? I could believe she exists and even contact her from time to time when I am in a jam, however would that make for a good marriage? Certainly not. We could say the same thing about any friendship. So how do so many people miss this truth when it comes to God?

I believe it comes down to a misunderstanding of what Jesus actually accomplished when dying on the cross. He did not sacrifice His life simply so we could be forgiven of all of our sins. Sure that is part of it, however the bigger picture is that He actually ransomed us. In other words, He bought us back from condemnation or even the Devil if you will.

All of us were under a sentence of death because we have all sinned. We have missed the mark and have fallen short. We deserve condemnation and death. Thanks be to God that He had a different plan and that was to send His Son to pay the penalty for our sin so we could be bought back. Because we were bought back or ransomed, there is an obligation on our part, that being that we now belong to God.

Or do you not know that your body is a temple of the Holy Spirit who is in you, whom you have from God, and that you are not your own? For you have been bought with a price: therefore glorify God in your body. (1 Corinthians 6:19-20)

How do we glorify God in our body? Part of it is trying our best to live a life of holiness but even more so, to have a loving relationship with Him.

When we step beyond belief in God’s existence to actually knowing Him, our lives will change forever. We will no longer want to pursue our own selfish desires but rather we will want to pursue His will.

And just what is God’s will for our lives? Well of course each person will have their own unique calling but in general terms, God wills that we have a relationship with Him through prayer and the reading and hearing of His Word, that we should having loving relationships with His other children (the Church), and that we should allow God to use our lives through some type of ministry.

Remember, you are no longer our own, if you call yourself a Christian. Once again, using marriage as an example, I am no longer a bachelor. I can’t just do whatever I want because I belong to my wife and she to me. Therefore while I am still a unique individual, I am responsible to her to work together to not only maintain our relationship but to make it the very best it can be so it is enjoyable. Being a Christian is no different. And if the Christian relationship is suffering, who do you think is to blame? God has done His part and always will but all too often we fall short or simply do not follow through.

So, to simply believe in God is not enough. It is all about relationship. It is about “knowing” God and being “known” by Him. One final scripture in Jesus’ own words to summarize this point.

“Not everyone who says to Me, ‘Lord, Lord,’ will enter the kingdom of heaven; but he who does the will of My Father who is in heaven. Many will say to Me on that day, ‘Lord, Lord, did we not prophesy in Your name, and in Your name cast out demons, and in Your name perform many miracles?’ And then I will declare to them, ‘I never knew you; DEPART FROM ME, YOU WHO PRACTICE LAWLESSNESS.'” (Matthew 7:21-23 )

Look at what Jesus says – “I never knew you,” or you could put it as, “I never had a relationship with you.” People are not going to make Heaven their home simply because they believe that Jesus lived, died and even rose again. That is certainly where the transformation is to begin but it should not stop there because God has a much bigger plan for each one of our lives.

Therefore, if that is you – one who lives by John 3:16 and takes it no further, I challenge you to rethink your religion. Read and live by the rest of God’s Word, not just one scripture. Join a local church that teaches God’s Word and seeks to do His will. Form relationships with other Christians. Allow God to use the talents and abilities that He has given you to help advance His cause which ultimately is to save others. Most importantly, make it your passion to know God and to be known by Him. That is why we were created in the first place – to have fellowship with God.